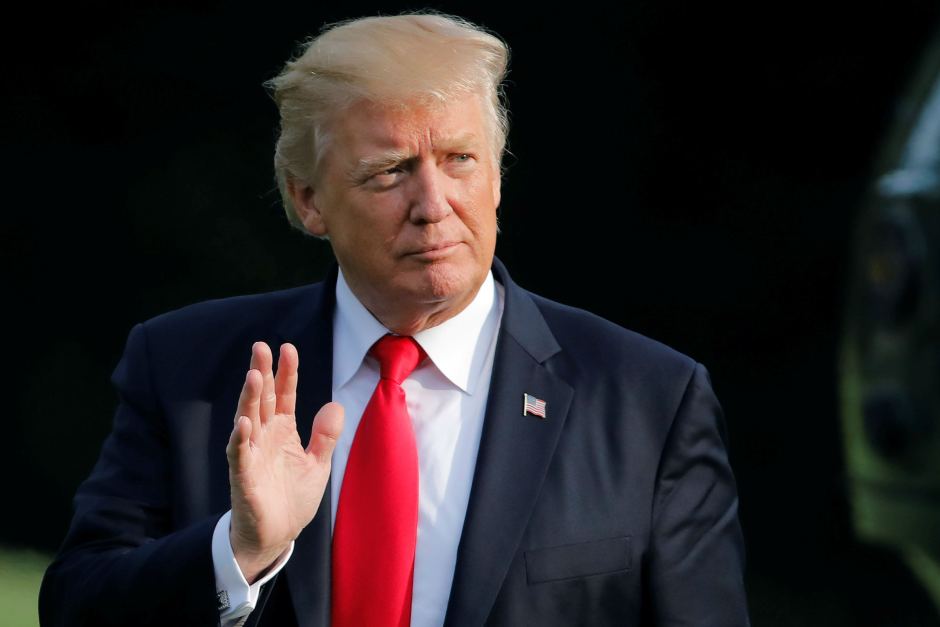 The conservative Donald Trump and Russia conspiracy theory that doesn’t add up: Was Donald Trump’s unlikely election victory the result of a Russian influence campaign, or is that an excuse cooked up by Democrats still unwilling to admit “Crooked Hillary” lost fair and square?

Former FBI director Robert Mueller is now leading a special counsel’s investigation into Russian interference, and any possible collusion with members of the Trump campaign.

Many Democrats are convinced Mueller will find a “smoking gun”. Already an email from the President’s eldest son, Donald Trump Jr, has shown that in June 2016 he was very interested in meeting Russians offering dirt on Mrs Clinton.

And in recent days, more evidence has emerged about Mr Trump’s business ties to Russia, and how associates hoped a deal to build Trump Tower Moscow would help win the election for the real estate tycoon, with the assistance of the Kremlin.

But while the Mueller investigation proceeds, and might or might not lead to any criminal indictments or the removal from office of Donald Trump, a counter-narrative has emerged.

What if, as President Trump maintains, the Russia thing is a “made up story”?

What if somebody else hacked the Democratic National Committee, not Russia, and not to benefit Mr Trump?

False flags and inside jobs

Trump supporter and former US Ambassador to the UN John Bolton has described US intelligence agency claims of Russian involvement in the DNC hack as a “false flag” because, he believes, “a really sophisticated foreign intelligence service would not leave any finger prints”.

Bolton’s use of that phrase “false flag” is intriguing. That’s exactly how conspiracy theorists including Trump’s favourite shock jock Alex Jones of Infowars.com describe events like the Oklahoma Bombing in 1995, the September 11 attacks in 2001 and the 2012 Sandy Hook elementary school massacre.

Jones has appalled and enraged the families of the victims of those tragic attacks by claiming they were “inside jobs” staged by the government.

But Donald Trump once gushed Jones’ reputation is “amazing”, and promised him “I will not let you down”. (Not surprising perhaps, given Trump’s White House campaign effectively began by pushing the groundless “birther” conspiracy that president Barack Obama was born in Kenya and therefore not legitimately elected).

But now, as Mr Trump faces questions about his own legitimacy, his defenders like Jones and Sean Hannity on Fox News are helping to spread competing explanations — including the case of Seth Rich. 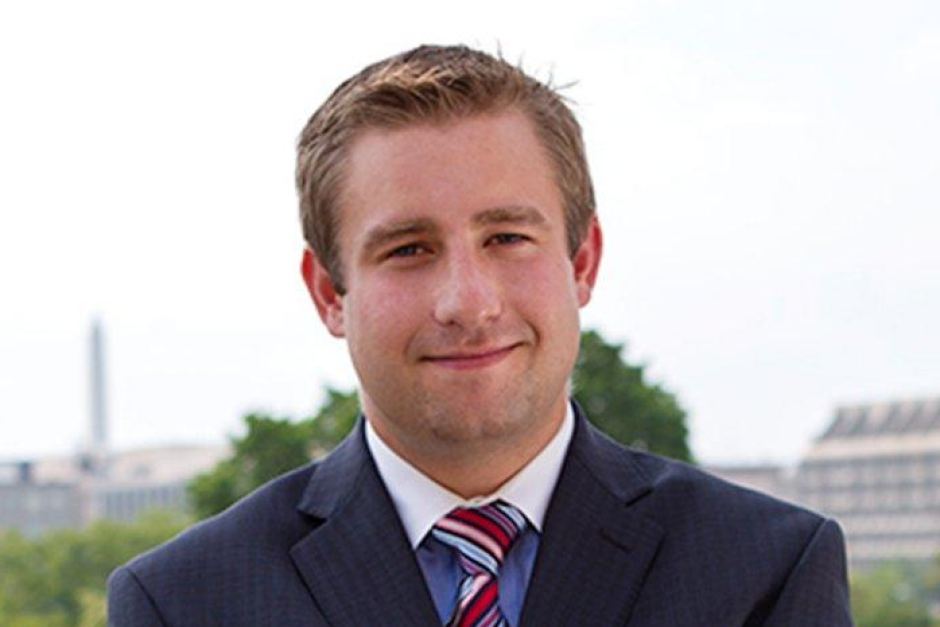 Democratic National Committee staffer Seth Rich was murdered on his way home from a bar in July last year. – Hiduth.com

A death on the street

The 27-year-old Rich was walking home from a bar in Washington DC’s Columbia Heights district in the early hours of July 10 last year when he was shot twice. He was taken to hospital but died two hours later — one of 139 murders in the US capital last year.

Rich was an employee of the DNC, where he was director of voter expansion data. Police said his killing looked like a robbery gone wrong, although his phone, watch and wallet were still on his body.

The violent death of someone associated with the Democratic Party at the height of election season set the internet alight with theories. Infowars, Breitbart and Fox all aired claims he had been murdered for leaking the DNC’s emails to Wikileaks. Founder of the website, Australian-born Julian Assange, fuelled the flames of speculation by saying cryptically “our sources take risks” and offering a $20,000 reward for information about Rich’s killing.

But Assange, who has asserted Russia wasn’t behind the DNC hack, never directly said Rich was his source, and has also said Wikileaks likes to “create maximum ambiguity as to who our sources are.” 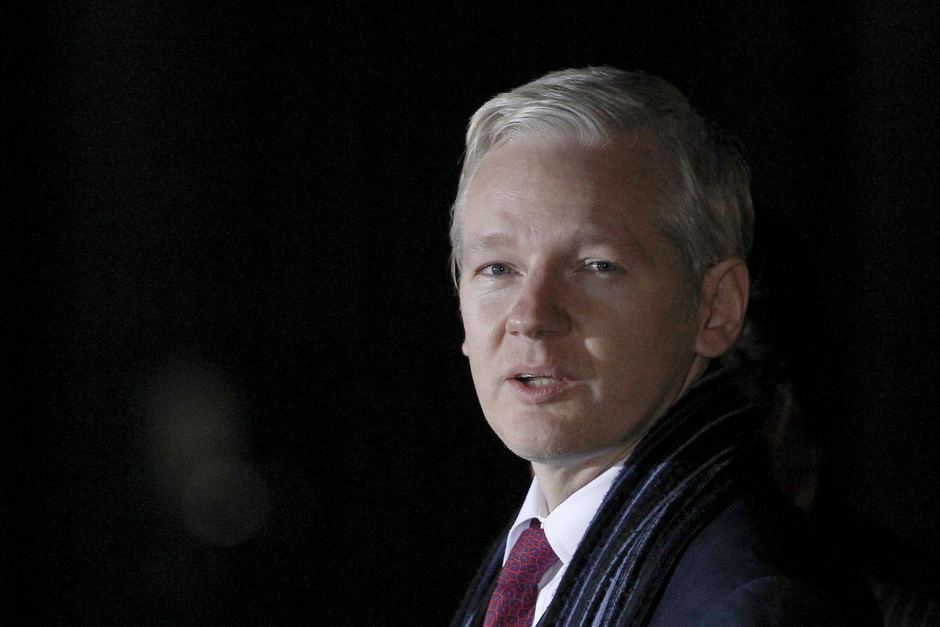 Fox News then reported, before hastily retracting, unsubstantiated claims by a private investigator that there was evidence Rich had been in contact with Wikileaks before his death.

The fact checkers at Politifact have described it as a “persistent and unfounded conspiracy theory“. They awarded an even more elaborate claim that former FBI director James Comey knew Rich was the Wikileaks source and covered up for Hillary its worst possible “Pants on Fire!” rating.

The IT worker for Congress

But it doesn’t end there. Many of the same right-wing media outlets have also been focused on another intriguing case, involving a 37-year-old Pakistani-American IT worker named Imran Awan.

Awan, his wife and some family members set up shop in 2004 providing a range of tech services to Democratic Party congressional offices in Washington DC, installing PCs, fixing printers, and resetting passwords.

Earlier this year a criminal complaint alleged Awan conspired to defraud the congressional credit union of $165,000 which was part of $283,000 he wired back to Pakistan.

Capitol Hill police also looked into accusations that IT equipment and money had gone missing from a number of offices, and referred their suspicions of a “procurement scam” to the FBI. That saw Awan lose access to the congressional computer network, so most of his clients dropped him.

She said there was no evidence of illegality, he was entitled to due process and she was concerned Awan was the target of an anti-Muslim witch hunt.

Awan was arrested trying to leave the US in July and has since been charged with a number of offences relating to that loan and money transfer to Pakistan, but nothing else. He has now been sacked by Mrs Wasserman Schulz.

The idea of a Muslim under investigation on Capitol Hill with access to the computers belonging to senior Democrats is fertile ground for further speculation. Particularly because Mrs Wasserman Schultz is the former chair of the Democratic National Committee — the target of the hacks published by Wikileaks.

Perhaps it’s Awan, not Russia, that stole the DNC emails, or maybe they were working together!

And then a photo of Rich emerged showing him with a group of friends hours before his death with a man resembling Imran Awan in the background. The internet went berserk — AWAN KILLED SETH RICH!!!

Except that it wasn’t Imran Awan, it was a friend of Rich’s named Miguel Huerta. There is no evidence linking Awan to Rich.

Quest for an alternative narrative

Right now we don’t know why Seth Rich was killed, and we may never know. But all of the speculation and theorising is designed to do one thing: find an alternative narrative to the Trump “Russia thing”.

By the same token, despite there being a lot more evidence, we don’t yet know what the Mueller investigation will uncover about Russian election tampering and possible Trump collusion.

At times both sides are guilty of doing what the worst conspiracy theorists like Alex Jones do around events like Oklahoma, September 11 and Sandy Hook.

They find a single, sinister explanation that confirms a pre-existing view.

The drive to impeach Mr Trump for being illegitimately elected before the evidence has been presented has clear echoes of Trump’s own disgraceful “birtherism” conspiracy against Mr Obama.

But particularly at a time when distrust of the media and public institutions is so high, we tend to want to believe in a secret over-arching explanation, and believe that there’s more to the story than we are being told.

And of course, sometimes there actually is.