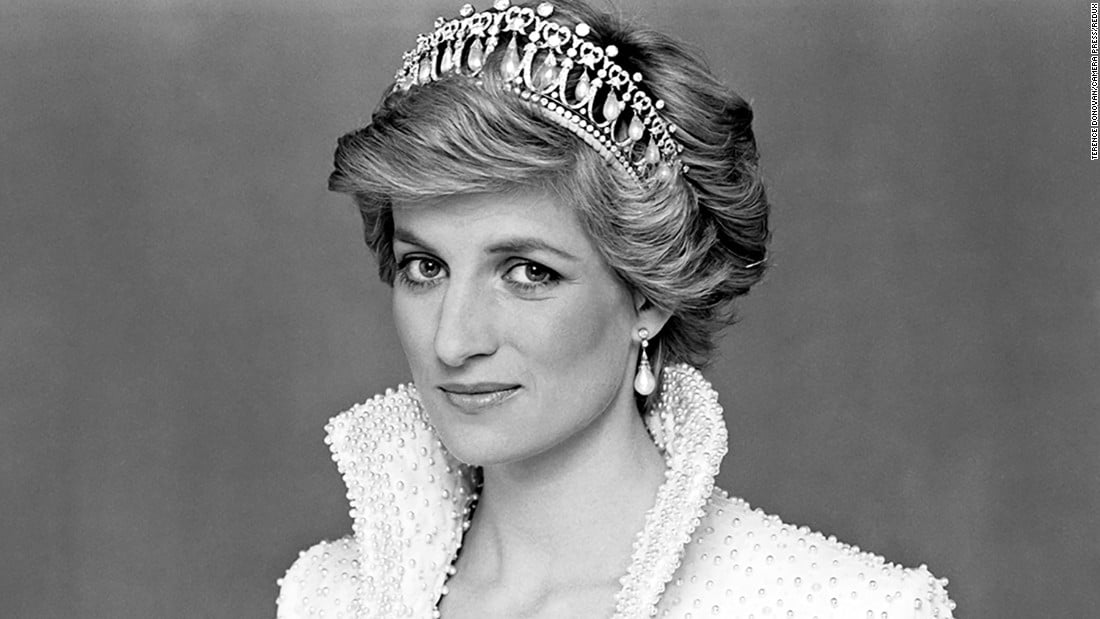 Who killed Princess Diana? Conspiracy theories still endure, twenty years later: The car crash that killed Princess Diana on on August 31, 1997, was a tragedy that shocked the world. Multiple investigations ultimately attributed her “unlawful death” to the reckless driving of both her chauffeur Henri Paul, who was ruled to be drunk at the time, and the paparazzi dangerously tailing her limousine.

But two decades later, conspiracy theories still endure, pointing fingers at everyone from the paparazzi and the Royal Family to the French police and British M16 foreign intelligence service to their roles in Diana’s death.

One common theory posits that Diana and Fayed’s public courtship cost them their lives.

Martyn Gregory, author of Diana: The Last Days, explains in the TLC documentary Princess Diana: Tragedy or Treason that Fayed was planning on proposing to Diana the night of the crash.

Hours before the crash, “Dodi decided to go to the jeweler Repossi (who) showed him a new ring, which was part of a series called ‘Tell Me Yes,’” he said. “He didn’t buy one of the rings, but he did order a ring for Diana, and that was delivered to the imperial suite at the Ritz Hotel.”

After his son’s death, Al Fayed famously launched his own investigation into the accident, believing the royal family was biased against his son because he was an Egyptian Muslim. Al Fayed reasoned the British establishment wanted to prevent Diana and Dodi from marrying so that Prince William, a future king, and Prince Harry would not have a Muslim stepfather.

Central to Al Fayed’s belief that foul play was behind Diana’s death were his claims that Diana was pregnant with Dodi’s child at the time of the crash. Al Fayed even publicly claimed that Diana phoned him on the night she died, to tell him about the pregnancy.

Adding fuel to conspiracy theorists’ fire that Diana was expecting was the fact that she was partially embalmed after her death, a procedure that would make it impossible to test her blood to see if she was pregnant.

“She was embalmed before the autopsy, which is against the law,” Richard Belzer, author and Diana conspiracy theorist, told Tragedy or Treason. “We couldn’t prove she was pregnant or not because she was embalmed…so that’s incredibly, ghoulishly suspicious to order an embalming, especially in such a high-profile death.”

Operation Paget, the British police’s investigation into the conspiracy theories behind Diana’s death, ran tests on Diana’s blood found in the wrecked Mercedes, finding no trace of the HCG hormone that indicates pregnancy.

“Tests have shown that it is possible to detect the pregnancy hormone HCG in very old
bloodstains,” the report reads. “The bloodstain from the carpet was tested and no HCG was detected.”

As for which parties plotted the assassination of Diana and Fayed, conspiracy theorists’ favorite suspects include the couple’s driver Henri Paul.

Paul was the security manager at the Ritz Hotel, which was owned by Al Fayed, and had been in the family’s employment for a decade. As the theory goes, Paul was paid off by the elite British intelligence agency MI6 to assassinate Diana and Fayed. Former MI6 officer Richard Tomlinson famously attested that he had seen Paul’s file, and could confirm that he was actually an informant.

“Henri Paul, who was the driver of the car, was also the security manager at the Ritz Hotel and he was a MI6 informant…I saw his file,” former British intelligence officer Richard Tomlinson told reporters at the time. “It’s been well established that he went missing for two or three hours the night of his death.”

Despite the fact that Paul only made $35,000 a year, he had nearly $250,000 in his bank account at the time of his death, in addition to a significant amount of cash with him when he died, prompting further speculation that M16 paid him off.

“I am certain that this money originated from MI6,” Tomlinson told a French judge in 1998. This is speculation on my part, but if he was an MI6 informant, it would be quite normal for him to receive money.”

Henri Paul arrives at the Ritz Hotel in Paris Saturday evening, Aug. 30, 1997 in this picture made from security video. (Photo: Associated Press)

Another suspect was the driver of the white Fiat that reportedly followed Diana into the tunnel, leaving forensic evidence on the Mercedes that suggested the two cars made “glancing contact,” per the Operation Paget report.

“Obviously that was a big story, because it was, ‘Where is the white car? Who was driving it? Were they to blame somehow?’ David Leigh, former Daily Mirror editor, told Tragedy or Treason.

Conspiracy theorists attempted to link the Fiat to James Andanson, and thus link the well-known French paparazzo to the crash scene, claiming he was also an MI6 informant. Operation Paget accepted his alibi that he was home with his wife during the crash. Andanson was found dead in his car in the French countryside in 2000; police ruled it a suicide but Al Fayed and other doubters claim he was killed for the part they believe he played in the alleged assassination of Diana and Dodi.

Diana and Dodi were captured on security footage entering the Ritz Hotel the night of the accident. (Photo: Handout, AP)

5. The “flash before the crash”

French eyewitness Francois Levistre, who was driving through the tunnel ahead of Diana’s Mercedes, claimed to have seen a bright light at the crash’s point of impact. That kicked off the “flash before the crash” theory, with Tomlinson, the MI6 agent, claiming he had seen a similar flashing strobe light in his training, used to disorientate drivers as a method of vehicular assassination.

Levistre’s wife, who was sitting next to him in the car, contradicted his testimony, and Operation Paget later concluded that no such flash had taken place.