Life on Earth May Have Started with a Cosmic Splash 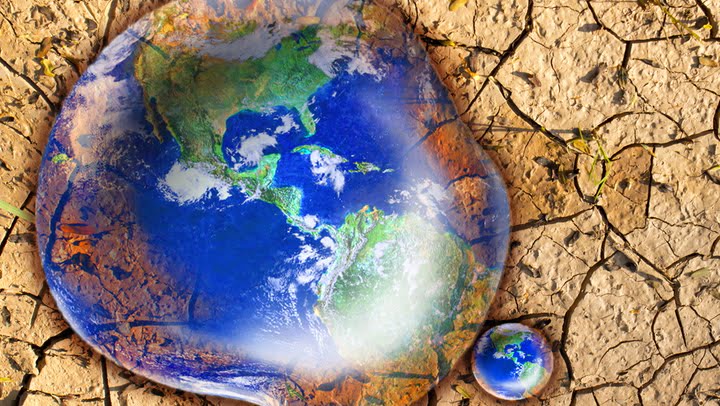 Life on Earth May Have Started with a Cosmic Splash: A new study bolsters the theory that the chemical origins of life on Earth were midwifed by meteorites that delivered essential building blocks from space.

Meteorites slamming into warm, small ponds on the planet’s rising land surfaces more than 4 billion years ago could have delivered those building blocks into an environment where they could grow and combine into ribonucleic acid, or RNA, said Ben K.D. Pearce, an astrobiologist at Canada’s McMaster University.

The study, produced by researchers at McMaster and Germany’s Max Planck Institute for Astronomy and published in the journal Proceedings of the National Academy of Sciences, is the latest in a debate over the origins of life. Did it come from Earth itself — forming around hot undersea vents in the crust — or from small ponds on land, as Darwin theorized, with material deposited from the cosmos around it? Pearce and his colleagues come down on the “warm little pond” side, arguing that the oceans were too harsh an environment for the building blocks of life.

RNA can reproduce itself and evolve. In its current form, it takes the genetic code contained in DNA and forms proteins.

“At one time, it was the dominant life form on Earth, and likely the first life form on Earth,” Pearce told Seeker. But it’s made up of a family of molecules known as nucleobases, which stem from a reactive type of nitrogen that wouldn’t have formed on a lifeless early Earth.

Nitrogen compounds like ammonia and hydrogen cyanide likely collected on bits of dust and rock floating around the sun, snowballing into larger bodies where they could react to produce nucleobases.

“You have get these molecules from space,” he said. And when those space rocks fell to Earth, the nucleobases they held could have landed in ponds of water and reacted with other chemicals that produced RNA.

Previous studies have put forth that theory, but what Pearce and his colleagues have done is to use computer models to gauge how probable that would have been. Nucleotides would have to survive in an environment bombarded with ultraviolet light, since there was no protective ozone layer at the time, and in water that could have broken them up.

While other scientists, including the famous astronomer Carl Sagan, have theorized that cosmic dust may have delivered those precursors, Pearce said any nucleotides riding in on dust particles were likely to have been too small to survive in their new home.

But by entering data “from all facets of science,” including biology, geophysics, and astrophysics, they’ve calculated that meteorites would have been a frequent and durable enough vehicle to deliver the building blocks of life, and wet and dry cycles could have helped them bond into larger chains that formed RNA.

“There were thousands of opportunities for this to emerge from thousands of different pond environments,” Pearce said.

Pearce said the next step will be to try to test that theory in a laboratory. Researchers at McMaster, located at the western end of Lake Ontario, are building a “planet simulator” in which they hope to reproduce the conditions of a primeval Earth and see whether they can get the same results.