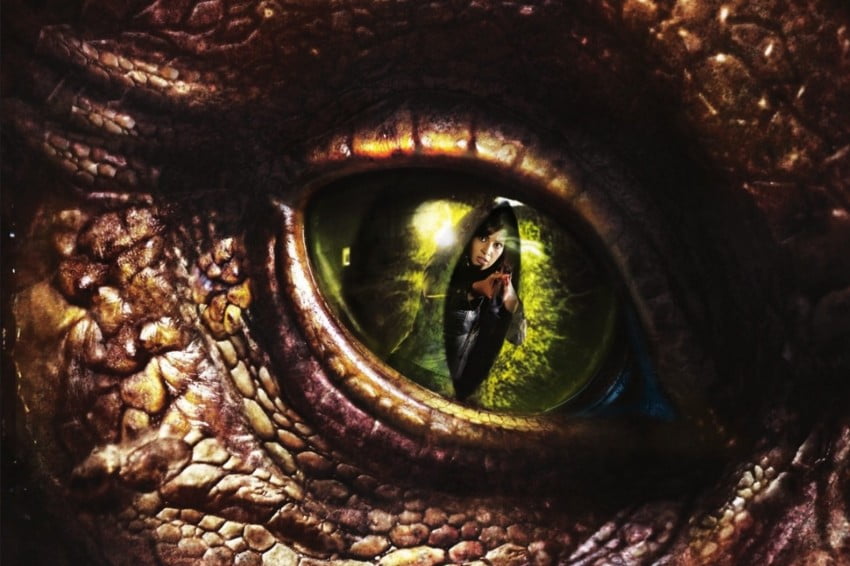 True Creature Story: Lynn Cooper – About three years ago, as my husband and I were sleeping, I was briefly awakened by him pushing me. It didn’t hurt, but he was pushing my arm for no apparent reason. Groggily, I told him to “quit pushing me”.

Well, he did quit – at least for awhile, during which time I fell rapidly back to sleep. Then, what seemed like just a minute or two later, I was re-awakened by him pushing me again. This time, he seemed a little bit more aggressive. I still was partially asleep when I told him to “quit pushing me”.

I didn’t look at him because I was laying on my stomach with my head turned the other direction from him. Suddenly, I heard him speak to me in a voice which was not his own. He was speaking in some sort of demonic tongue, with a harsh and sarcastic overtone to it.

Because he had quit pushing me, at least for the moment, I somehow believed that my husband’s strange sounding voice (the angry voice of some other man)was “just my imagination”. Though I thought it rather odd, I didn’t put much stock in it while I was still so sleepy. I immediately fell back asleep.

Then, what seemed like only a minute or two later, the pushing of my right side and arm started once again! This time, I was wide awake. Though still on my stomach, I rose up on my elbows and looked at my husband. I guess I’m glad that the shades were drawn because I could only see his form without any detail. He was sitting up on the top part of his side of the bed and he then began to push me violently and continued to “curse” at me in that demonic tone and language.

I was so scared, that I immediately flew out the door and into the living room! I stayed in there the rest of the night, too scared to try to go back to sleep and too scared to re-enter my bedroom.

At 5am my husband’s alarm sounded and he got up for work as usual. After his shower, I approached him (cautiously) and asked him if he was “Ok” and if he remembered anything about the night before.

He thought for a moment, seemingly oblivious as to why I was asking him such an odd question. Then he told me that he had had a dream that the devil was trying to go into our dining room where all of us in the family were trying to enjoy a nice meal. In his dream, he recounted, that he was trying to protect our family from the devil and was actually trying to push the devil out of the room but had been met with quite a lot of resistance!

Upon hearing his account of the previous evening, I then told him what had happened. He had no memory of any of it. Immediately, he and I got on our knees to God and prayed that he would keep Satan away from us and our household.

We also had our minister over to counsel us as to why a demon would visit us. He had no answer but prayed with my husband and I that God would rebuke Satan and his demons.

It must have worked, because we have not had any other demonic encounters.