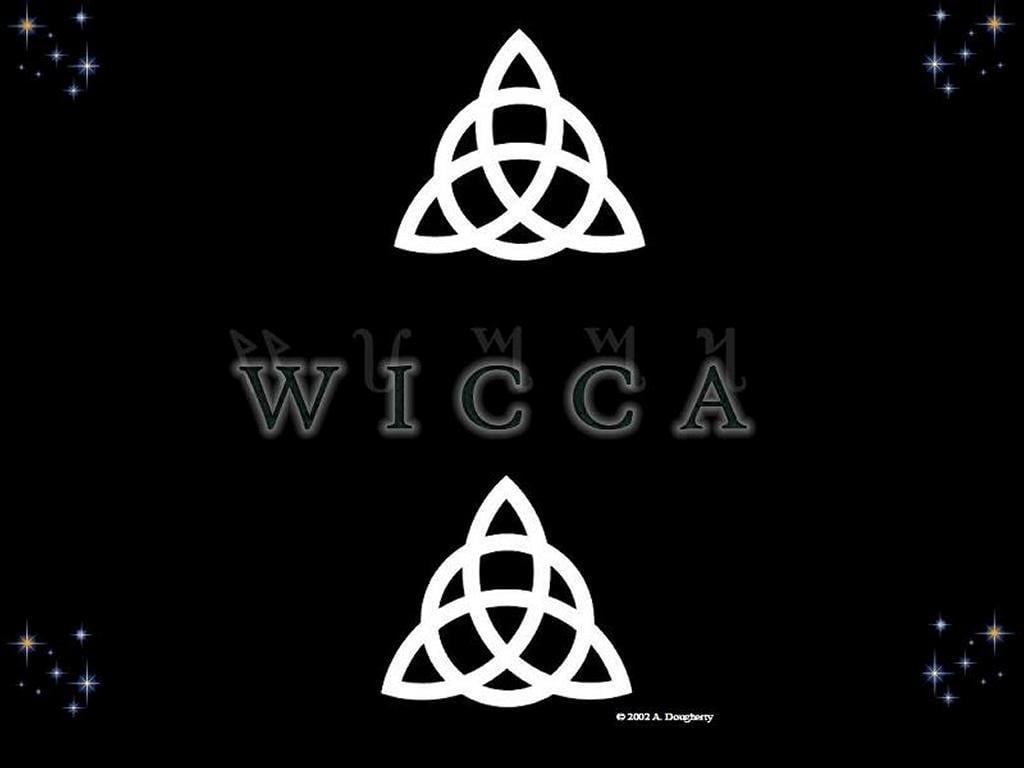 Witchcraft: Wicca Religion – The Wicca religion, also known as “The Craft” or “The Old Religion,” is a neo-pagan, earth-centered religion that has its modern origins in the teaching and practice of the original English Wiccan, Gerald Gardner (1884-1964).

While stereotypes of Wiccans as Satanists or sinister spell-casting witches are ignorant, the worldviews of Christianity and Wicca are nonetheless worlds apart.The term “witch” means wise one. Wiccans do not believe in Satan and therefor do not worship him! That is a Christian concept and not Wiccan. Wiccans see Witchcraft as religion, Magick and wisdom in living as being united in the way one views the world and lives within it, and as a world view and philosophy of life.

Most Wiccans believe in the aspect of one universal entity or God that have aspects of a male god and goddess and that they exist in all things. In the trees, rain, flowers, the sea, in each other and all of natures creatures. This means that Wiccans must treat “all things” of the Earth as aspects of the divine. Wiccans attempt to honor and respect life in all its many manifestations both seen and unseen. The aspects most often celebrated in the Craft, however, are the Triple Goddess of the Moon (Who is Maiden, Mother, and Crone) and the Horned God of the wilds. Wiccan beliefs vary markedly between different traditions. However, various commonalities exist between these disparate groups, which usually include views on theology, the afterlife, magic and morality.

To the witch, there is no sin therefore no need for forgiveness. There is no need for salvation, as there is nothing to be saved from. The main tenet of Wicca is the “Wiccan Rede” which states “And it harm none, do as ye will”. Basically, as long as you don’t hurt anyone, anything goes. Of course, views of what actually causes harm vary from person to person. Most also believe that whatever magic you do will come back to you three-fold, so it pays to be careful. Some, however, believe that it is sometimes acceptable to cause harm as long as you are willing to accept the karmic consequence.

Here are the 13 Principles of Wiccan Belief :

1. We practice rites to attune ourselves with the natural rhythm of life forces marked by the phases of the moon and the seasonal quarters and cross quarters.

2. We recognize that our intelligence gives us a unique responsibility toward our environment. We seek to live in harmony with nature and ecological balance offering fulfillment to life and consciousness within an evolutionary concept.

3. We acknowledge a depth of power far greater than that apparent to the average person. Because it is far greater than ordinary it is sometimes called supernatural but we see it as lying within that which is naturally potential to all.

4. We conceive of the creative power in the universe as manifesting through polarity as masculine and feminine, and that this same creative power lies in all people and functions through the interaction of the masculine and the feminine. We value neither above the other, knowing each to be supportive of each other. We value sexuality as pleasure as the symbol and embodiment of life, and as one of the sources of energy used in magical practice and religious worship.

5. We recognize both outer worlds and inner, or psychological worlds sometimes known as the spiritual world, the collective unconsciousness, the inner planes etc., and we see in the interaction of these two dimensions the basis for paranormal phenomena and Magickal exercises. We neglect neither dimension for the other, seeing both as necessary for our fulfillment.

6. We do not recognize any authoritarian hierarchy, but do honor those who teach, respect those who share their greater knowledge and wisdom, and acknowledge those who have courageously given of themselves in leadership.

7. We see religion, Magick and wisdom in living as being united in the way one views the world and lives within it, a world view and philosophy of life which we identify as Witchcraft, the Wiccan way.

8. Calling oneself Witch does not make a Witch, but neither does heredity itself, nor the collecting of titles, degrees and initiations. A Witch seeks to control the forces within her/himself that make life possible in order to live wisely and without harm to others and in harmony with Nature.

9. We believe in the affirmation and fulfillment of life in a continuation of evolution and development of consciousness giving meaning to the universe we know and to our personal role within it.

10. Our only animosity towards Christianity, or towards any other religion or philosophy of life, is to the extent that its institutions have claimed to be the only true way and have sought to deny freedom to others and to suppress other ways of religious practice and belief.

11. As American Witches, we are not threatened by debates on the history of the Craft, the origins of various terms, or the legitimacy of various aspects of different traditions. We are concerned with our present and our future

12. We do not accept the concept of absolute evil, nor do we worship any entity known as Satan or the devil as defined by Christian tradition. We do not seek power through the suffering of others, nor accept that personal benefit can only be derived by denial to another.

13. We seek within nature that which is contributory to our health and well being.

The pentacle or pentagram is an important symbol in Wicca. It is a circle surrounding a five pointed star. The five points showing the different elements of nature important to the Wiccans. Those elements are earth, air, fire, water, and spirit. Each element has associations with compass direction as well. Earth is north, air is east, fire is south, water is west and spirit is center.