5 Psychological Experiments That Show Just How Dark Humanity Can Be 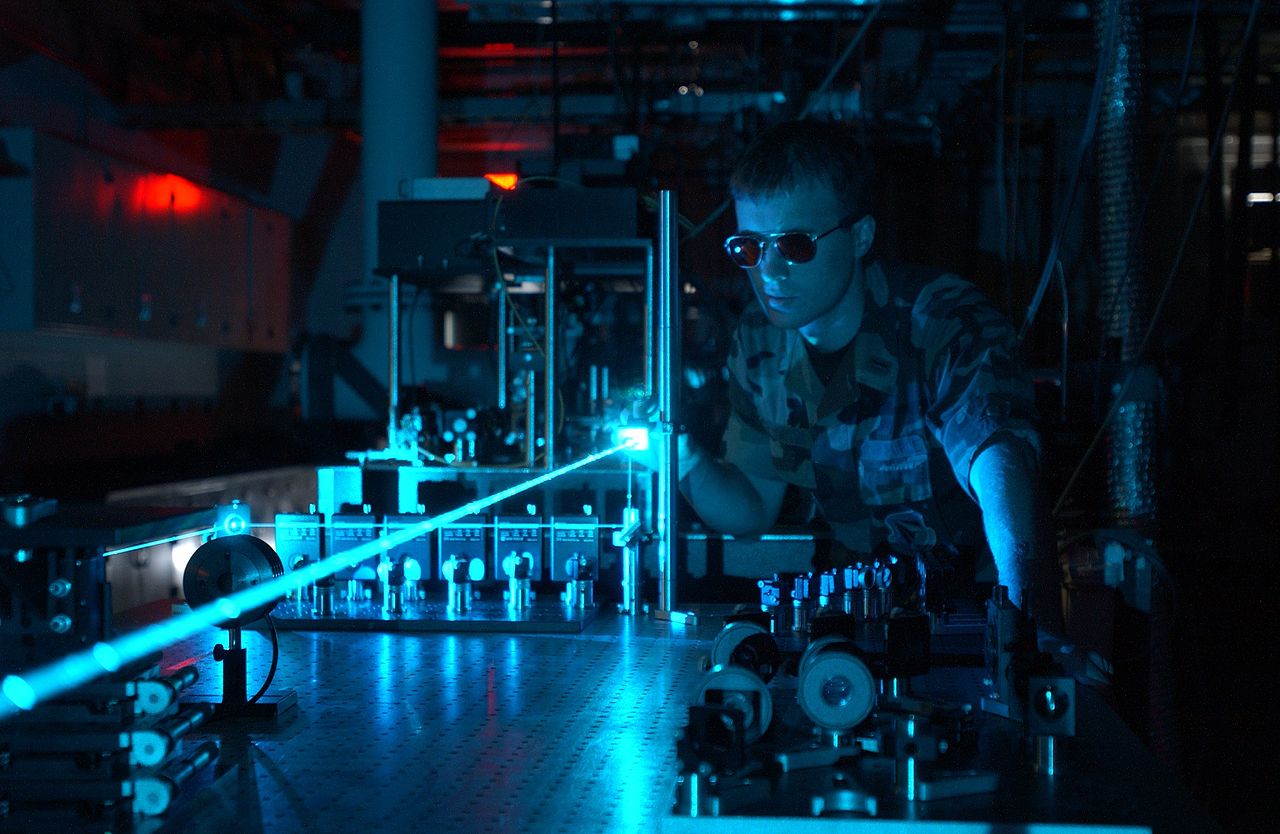 5 Psychological Experiments That Show Just How Dark Humanity Can Be – We present you the most notorious and most popular experiments of all-time. Some of the most fascinating and deplorable experiments ever conducted that prove that we do have a dark side…

During the 1950s, Solomon Asch conducted and published a series of laboratory experiments that demonstrated the degree to which an individual’s own opinions are influenced by those of a majority group.

Male college students participated in a simple “perceptual” task. In reality, all but one of the participants were “confederates” (i.e., actors), and the true focus of the study was about how the remaining student (i.e., the real participant) would react to the confederates’ behavior.

Only one participant was actually a genuine subject for the experiment, the rest being confederates, carefully tutored to give certain pre-selected responses. Careful experimental construction placed a varying amount of peer pressure on the individual test subject.

The experiment was simple in its construction; each participant, in turn, was asked to answer a series of questions, such as which line was longest or which matched the reference line. (Fig 1)

The participants gave a variety of answers, at first correct, to avoid arousing suspicion in the subject, but then with some incorrect responses added.

The Asch Experiment results were interesting and showed that peer pressure could have a measurable influence on the answers given.

The control group, those not exposed to peer pressure where everybody gave correct answers, threw up only one incorrect response out of 35; this could probably be explained by experimental error.

The results for the other groups were interesting; when surrounded by people giving an incorrect answer, over one third of the subjects also voiced an incorrect opinion.

At least 75% of the subjects gave the wrong answer to at least one question, although experimental error may have had some influence on this figure. There was no doubt, however, that peer pressure can cause conformity.

It was debated whether this is because people disbelieve the evidence of their own eyes or if it was just compliance, that people hide their opinions.

The Biblical story of the Good Samaritan, if you hadn’t heard, is about a passing Samaritan helping an injured man in need, while other, self-righteous types walk right on by. Psychologists John Darley and C. Daniel Batson wanted to test if religion has any effect on helpful behavior.

The researchers had three hypotheses:
1. People thinking religious, “helping” thoughts would still be no more likely than others to offer assistance.
2. People in a hurry will be less likely to offer aid than others.
3. People who are religions in a Samaritan fashion will be more likely to help than those of a priest or Levite fashion. In other words, people who are religious for what it will gain them will be less likely than those who value religion for it’s own value or are searching for meaning in life.

The recruited seminary students for a study on religious education. First they completed personality questionnaires about their religion (to help evaluate hypothesis #3). Later they began experimental procedures in one building and then told to go to another building to continue. On the way they encountered a man slumped in an alleyway (the victims condition is unknown — hurt, or drunk?).

They varied the amount of urgency they told the subjects before sending them to the other building, and the task they would do when they got there. One task was to prepare a talk about seminary jobs, and the other about the story of the Good Samaritan. In one condition they told the subject they were late for the next task, in the other they said they had a few minutes but they should head on over anyway.

In an alleyway they passed a man sitting slumped in doorway, who moaned and coughed

twice as they walked by. They set up a scale of helping:
0=failed to notice victim as in need
1=perceived need but did not offer aid
2=did not stop but helped indirectly (told the aide on their arrival)
3=stopped and asked if victim needed help
4=after stopping, insisted on taking victim inside and then left him.
5=refused to leave victim, or insisted on taking him somewhere

After arrival at the 2nd research site, they had the subject give the talk and then answer a helping behavior questionnaire.

The amount of “hurriness” induced in the subject had a major effect on helping behavior, but the task variable did not (even when the talk was about the Good Samaritan).

Overall 40% offered some help to the victim. In low hurry situations, 63% helped, medium hurry 45% and high hurry 10%. For helping-relevant message 53%, task relevant message 29%. There was no correlation between “religious types” and helping behavior. The only variable that showed some effect was “relgion as a quest”. Of the people who helped, those who saw religion as a quest were less likely to offer substantial help than those who scored low on this statement. But later analysis revealed this may not be caused be real religious differences.

Ironically, a person in a hurry is less likely to help people, even if he is going to speak on the parable of the Good Samaritan. (Some literally stepped over the victim on their way to the next building!). The results seem to show that thinking about norms does not imply that one will act on them. Maybe that “ethics become a luxury as the speed of our daily lives increases”. Or maybe peoples cognition was narrowed by the hurriedness and they failed to make the immediate connection of an emergency.

Many subjects who did not stop did appear aroused and anxious when the arrived at the second site. They were in a conflict between helping the victim and meeting the needs of the experimenter. Conflict rather than callousness can explain the failure to stop.

The bystander effect was first demonstrated in the laboratory by John Darley and Bibb Latané in 1968 after they became interested in the topic following the murder of Kitty Genovese in 1964. These researchers launched a series of experiments that resulted in one of the strongest and most replicable effects in social psychology. In a typical experiment, the participant is either alone or among a group of other participants or confederates. An emergency situation is then staged. The researchers then measure how long it takes the participants to act, and whether or not they intervene at all. These experiments have often found that the presence of others inhibits helping, often by a large margin. For example, Bibb Latané and Judith Rodin staged an experiment around a woman in distress in 1969. 70 percent of the people alone called out or went to help the woman after they believed she had fallen and gotten hurt, but when there were other people in the room only 40 percent offered help.

Twenty-four male students from Stanford University participated in the experiment, all of whom were given randomly assigned roles. The participants adapted to their roles better than Zimbardo could have anticipated, as the guards began to enforce authoritarian measures and subjected some of the prisoners to psychological torture.

As for the prisoners, many passively accepted the psychological abuse, and even harassed other “prisoners” at the request of the guards when they tried to prevent it. Zimbardo also found himself effected by the experiment in his role as the superintendent, ultimately permitting the abuse to continue. Two prisoners quit the experiment early and the entire study was stopped after only six days.

The results of this experiment demonstrate the impressionability and obedience of people “when provided with a legitimizing ideology and social and institutional support.” This is something the citizens of the US are now experiencing on a massive level due to the current police state.

The Milgram experiment on obedience to authority figures was a series of notable social psychology experiments conducted by Yale University psychologist Stanley Milgram, which measured the willingness of study participants to obey an authority figure who instructed them to perform acts that conflicted with their personal conscience.

The experiments began in July 1961, three months after the start of the trial of German Nazi war criminal Adolf Eichmann in Jerusalem. Milgram devised his psychological study to answer the question: “Was it that Eichmann and his accomplices in the Holocaust had mutual intent, in at least with regard to the goals of the Holocaust?” In other words, “Was there a mutual sense of morality among those involved?” Milgram’s testing suggested that it could have been that the millions of accomplices were merely following orders, despite violating their deepest moral beliefs. The experiments have been repeated many times, with consistent results within societies, but different percentages across the globe. The experiments were also controversial, and considered by some scientists to be unethical and physically or psychologically abusive. Psychologist Diana Baumrind considered the experiment, “harmful because it may cause permanent psychological damage and cause people to be less trusting in the future.”

The participants in the Milgram experiment were 40 men recruited using newspaper ads. In exchange for their participation, each person was paid $4.50.

Each participant took the role of a “teacher” who would then deliver a shock to the “student” every time an incorrect answer was produced. While the participant believed that he was delivering real shocks to the student, the student was actually a confederate in the experiment who was simply pretending to be shocked.

As the experiment progressed, the participant would hear the learner plead to be released or even complain about a heart condition. Once the 300-volt level had been reached, the learner banged on the wall and demanded to be released. Beyond this point, the learner became completely silent and refused to answer any more questions. The experimenter then instructed the participant to treat this silence as an incorrect response and deliver a further shock.

“Please continue.”
“The experiment requires that you continue.”
“It is absolutely essential that you continue.”
“You have no other choice, you must go on.”
The level of shock that the participant was willing to deliver was used as the measure of obedience. How far do you think that most participants were willing to go? When Milgram posed this question to a group of Yale University students, it was predicted that no more than 3 out of 100 participants would deliver the maximum shock. In reality, 65% of the participants in Milgram’s study delivered the maximum shocks.

Of the 40 participants in the study, 26 delivered the maximum shocks while 14 stopped before reaching the highest levels. It is important to note that many of the subjects became extremely agitated, distraught and angry at the experimenter. Yet they continued to follow orders all the way to the end.

So do you think you would behave differently than people in the experiments?