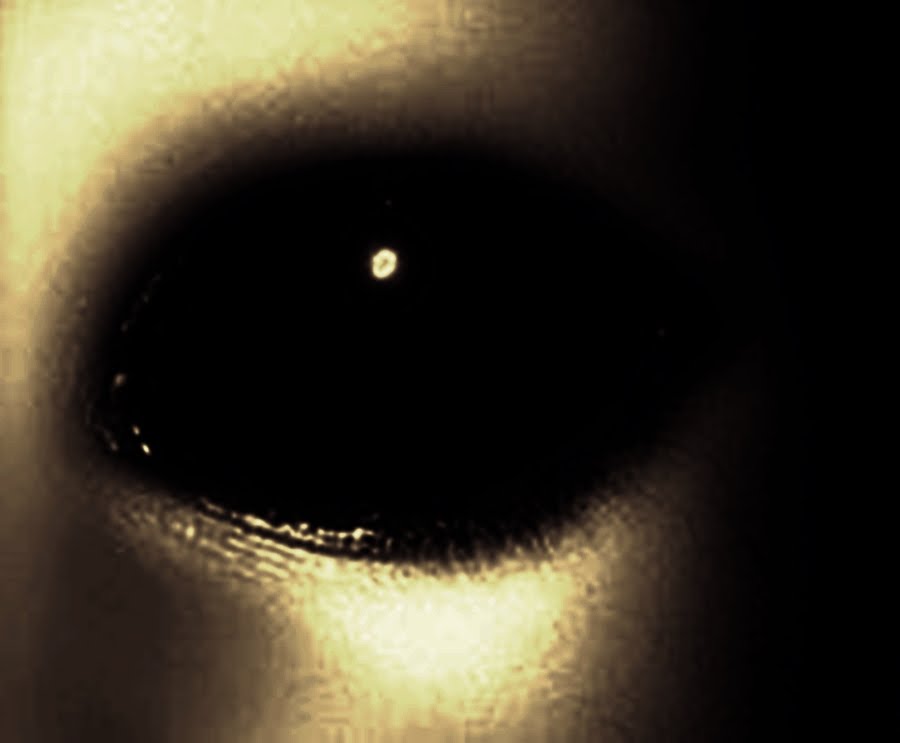 Black Eyed Kids Encounters: Anonymous Said – I am a stay at home mom and I had a strange experience today. I live in Lawson, MO and have 2 young children. It was about noon and I was making lunch and heard a knock at the front door. We usually use the back door and everyone we know, knows that and we hardly ever get visitors at the front. I opened the door and there was a little girl standing there.

I did not recognize her. She was about 7 years old and she was starring down at her shoes. She had blond hair and was dressed in an antique-type dingy white dress with blue embroidery birds at the edges. I opened the screen door and kneeled down to talk to her and see if she was okay. She looked at my hands and said, “I need help, can I come inside, please.” She was so polite and spoke so well. She did not sound as if she was from around town. I suddenly felt very afraid. I looked past her to the street and up and down- thinking the fear I felt must be someone after her or that her parents or someone must be upset with me talking to her.

Thoughts raced through my mind quickly and I somehow could not think very clearly all of the sudden. I looked back at her and wanted to ask her where she lived and where her parents were. She looked at me and I immediately noticed that her eyes seemed wrong or something. Like they were ink- like someone had poured ink in her eyes. They were not normal kids eyes. They were coal black and black from rim to rim just starring. She said again, “I need to come inside- please let me in, now.” I could hear a kind of fake sweetness in her voice. She had a little girl voice but had an adult vocabulary and force about her. I immediately stood up and knew I needed to protect myself and my girls inside and started to close the door. She looked up at me and ask me what she did wrong- why wouldn’t I invite her in? That is when my 5 year old daughter came into the living room and I knew that she should not look at her. I closed the door on this little girl and I locked it.

I scooped up Ellie (my 5 year old) and ran to the back door in the kitchen. I locked it and sat down at the table. My 16 mo old was sleeping upstairs and I needed to check her. I ran upstairs with my legs shaking, holding Ellie in my arms. I peeked into Sam’s room and she was sound asleep. I got my cell phone out and called my husband who works construction in KC, and told him about it. He thinks my story is crazy, but I won’t let the girls play outside now. I have not gone out by myself to the store or anything. I still feel that dread/ that sense of fear I felt emanating from the girl on my porch. I somehow knew that if I had let her in, that I would have regretted it and my girls and I would have been in some sort of real danger.

Also, a note- our dog, Princess, slept through the whole ordeal in the kitchen floor. This little girl was real. I had started to feel sorry for her because she had bad breath and really dirty hair. I hope she does not come back. I somehow know that she meant harm to us. You are the only other person I have spoken to about this besides my husband. I am not sure if I want to talk to much about it anymore. I would rather forget that it happened at all, but worry that she will return.

My daughter and I had an encounter with what you relate as a blackeyed child, it wasn’t a child but a twenty-something adult, maybe even thirty, it’s really hard to tell. My daughter then six, seven years of age and I went to a Thrifty Drug store in our neighborhood. She and I venture over to buy cigars for my spouse we walk up to the cigar shelves I don’t recall ever seeing anyone standing there.

We immediately heard a male voice to my left asking me; which do you suggest, I relate without looking up at him the ones in the box. Immediately I look up to see a most incredible life form looking back at me, us. He was 5’8″ at best, wearing a baret cap, beige I believe, blue denim straight jacket, trousers casual. He was slender, squaren shaped straight lines in his clothing. What rock my world was his skin tone, something strange about it too smooth, no wrinkles, odd coloring. He was fair, no hair I could see or recall. His lips were thin, his eyes were totally black, no pupils, but alive with a shiny look to them full of inner movement it’s hard to explain yet looking like a sharks eyes, his lids were weird, his eyes rather almond shapen.

He grin when he saw the look on my face haunts me to this day, he was amused by my reaction. I felt I knew him, he knew me, I could tell he was right where he wanted to be, almost planned the feelings that I got from him. It’s almost like you can understand. I was probably in my early thirites then. I backed away from him holding my daughters hand tightly telling her not to look at him at all she had I’m sure she did glimpse him. She never forgot the episode either we just talk about it today. I went home leaving the store without a thing, called my Mother of course she became afraid. Another long story there.