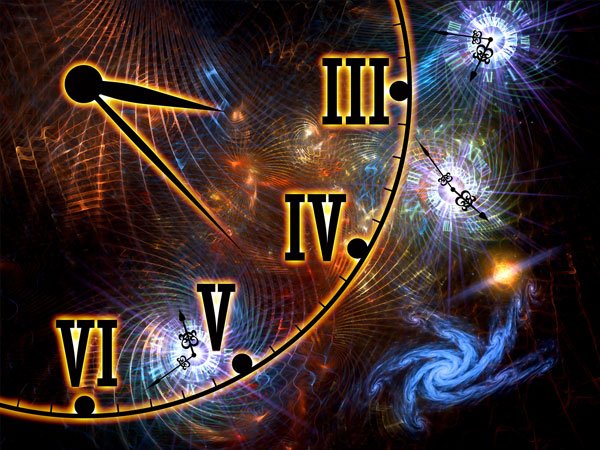 Cosmic Numerology – Like the ancient Pythagoreans, astronomer Johannes Kepler (1571–1630) found numbers fascinating. Imbued with the same conviction of a natural order that drove Pythagoras (c. 580–500 B.C.) and his followers to search for an underlying numerical harmony, Kepler maintained that the physical universe was laid out according to a mathematical design that was simple and accessible to human intelligence.

The motions of the planets appeared discordant, Kepler argued, because no one had yet learned to hear their songs. The natural philosopher’s task was to identify the prime cause from which all else logically followed.

These ideas formed the basis of Kepler’s first major astronomical work, the Mysterium cosmographicum. In this volume, Kepler developed his key argument that the physical body of the sun causes the planets to move as they do. His treatise also contained an “explanation” for the existence of precisely six planets–the number known in 1596 when the book was published–at particular distances from the sun.

Kepler connected the planetary orbits with the five regular polyhedra, or Platonic solids. To account for the relative sizes of the orbits of the six planets, he constructed an ingenious nesting of the polyhedra, choosing the order that gave the best agreement with the known proportions of planetary orbits.

In Kepler’s scheme (see , an imaginary cube separates Saturn from Jupiter, a tetrahedron lies between Jupiter and Mars, a dodecahedron between Mars and Earth, an icosahedron between Earth and Venus, and an octahedron between Venus and Mercury. The sun sits at the system’s center. Bowls thick enough to accommodate the eccentric orbits of the planets separate one solid from the next.

Curiously, a similar numerological sensibility played an important role in the development of several unorthodox cosmological models in the 1930s, mainly by British theorists. These elaborate, intricately worked out efforts represented “a small uprising against the new standard model in cosmology,” says Ian T. Durham, a graduate student at the Mathematical Institute of the University of St. Andrews in Scotland.

Active in physics, astronomy, and mathematics, Arthur S. Eddington (1882–1944) made important contributions to the general theory of relativity, providing the first experimental confirmation that gravity can bend light. At the same time, he was fascinated by the fundamental constants of nature, particularly what he termed surprising numerical coincidences among these constants. Eddington insisted, for example, that the fine structure constant, now known to be 1/137.036, had to be precisely 1/137, and the number 137 was itself significant.

Eddington’s insistence on developing a completely deductive model of the universe was a manifestation of his “belief and ultimate faith in a whole-number interpretation of the world,” Durham contends. Eddington “felt that science could be deduced from rational reasoning alone.”

Astrophysicist and mathematician Edward A. Milne (1896–1950) formulated a theory that paralleled Albert Einstein’s general theory of relativity. Called kinematic relativity, Milne’s theory originated in 1932 as an attempt to explain the properties of the universe in terms of kinematics–the movements of bodies. Like Eddington, Milne relied on purely deductive reasoning to produce a scheme that he hoped would be simpler than relativity.

In his “cosmophysics,” Milne assumed that the speed of light was a constant, and he coined the phrase “cosmological principle” to describe the notion that the universe is isotropic and homogeneous on large scales. He proposed a model in which space-time had no structure or curvature and the universe was stationary and had an infinite past age–key aspects of a steady-state cosmology.

Paul A.M. Dirac (1902–1984) made many important contributions to theoretical physics. In 1928, he worked out a version of quantum mechanics consistent with special relativity in the theory of the spinning electron, predicting the existence of antiparticles. At the same time, Dirac was strongly motivated by principles of mathematical beauty. In a 1963 article in Scientific American, he stated, “A theory with mathematical beauty is more likely to be correct than an ugly one that fits some experimental data. God is a mathematician of a very high order, and He used some very advanced mathematics in constructing the universe.”

In 1937, Dirac started developing what came to be called his “large numbers hypothesis.” A direct product of the work of Eddington and Milne, this effort was based on large dimensionless numbers, such as the ratio of the electrical and gravitational forces between an electron and a proton. “He claimed that all such numbers were interconnected and functions of time,” Durham says. The theory eventually led Dirac to suggest that the gravitational constant was decreasing with time.

“This is exactly what Eddington and Dirac did,” Durham adds. “They created cosmologies entirely out of numbers and relied on physics to generate those numbers.”

Durham is now working on how such a world view might have come out of Victorian society in Great Britain. He argues that a mystical fascination with the unknown and the occult, prevalent throughout that society during the late Victorian era and into the early twentieth century, had a tremendous impact on science and cosmology.

One manifestation was an interest in the fourth dimension. “Through the burgeoning field of science fiction, as developed by H.G. Wells (1866–1846) and others, and through tricksters like the psychic Henry Slade (1840–1905),” Durham says, “a worldview formed that was more cosmic in nature, bringing about debate over a fourth dimension.”

In short, Durham concludes, the unusual combination of Pythagorean thought and Victorian mysticism served as a basis for three unconventional cosmological theories of the 1930s.