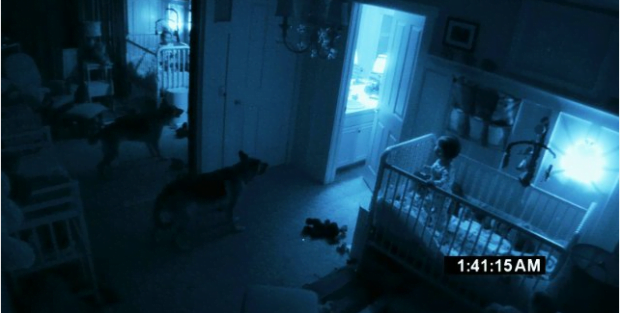 True Creature Story: Odd Activity – Before I start, let me put out there that I do believe in paranormal happenings, demons, ghosts, and anything of the sort. I have had small things happen to me before, but there is one that I will most likely remember for a while to come. It happened when I was 11, but I’m 13 now.

My parents were going out for the night, and left me to stay at my Grandma’s. I had been having a good night and all, and hadn’t done anything that might trigger what began to happen. At least, I don’t think so. It was time for me to go to bed so I did out in the living room on the couch while my Grandma went into her room down the hall. I watched TV for a bit then shut if off and was about to fall asleep.

I was on the verge of falling asleep when something violent slammed into the window right behind the couch. That jerked me right up and I looked behind the couch at the little area behind it and in front of the window and saw this weird, lumped black shape. I didn’t scream, but I leaped out of the couch and backed away. I approached again but nothing was there the second time I looked.

A little spooked, I lay back down and tried to fall asleep. But I couldn’t. I was tired, but it felt like it was almost physically impossible for me to fall asleep. There was definitely a weird presence there with me that night. I came to the conclusion it “entered” the house by running through the window, so to speak. It didn’t feel like it meant bad intentions, but I was still freaked.

I turned on the TV and tried taking my mind off of it, but I couldn’t. Then, I heard thumping in the back room that was on the far side of the kitchen, and the sound of a jar of cheese balls falling and breaking on the floor. I heard laughter. It wasn’t demonic or mean-spirited, it sounded actually like whatever it was was having FUN. But I was terrified, especially when the door began to shake violently in its hinges.

I grabbed all of my stuff and raced out the door, back to my house which wasn’t far away. I stayed up the rest of the night until my parents came home. I was never bothered again after that. I don’t really know what that spirit was doing, but when I stayed overnight at my grandma’s house again it never happened and everything was fine. I wonder what it was that really happened?